From Two Hours, One Life Wiki
Jump to: navigation, search

Please see the One Hour One Life wiki for information about their animals.

Camel, or alternatively Dromedary, is the first original 2HOL animal. Before OHOL added Cows, fed Dromedaries were used to make Cheese then used to make sandwiches. They have always been granted by celebrated Shrines and have since been disadvantaged by Horses in most aspects, thus having little use than just being fancy luxury. A bug existed where knife wounds used to "magically" spawn dromedaries, but killing with knives and arrows has since been removed.

Bees, hives, honey and all other work have been added to 2HOL in "Patch 8" on April 28, 2018 - along with beer! Angry Bees have been infamous for their deadly speed and the buggy ability to move or despawn objects, and to add to the difficulty, their wild hives used to despawn unless quickly dropped on the floor. They were cheesed by standing on other objects, exploiting the game.

Mammoths may have been intented to be a world wonder with their tusks used to make spears, but towards their extinction they certainly weren't rare. The legendary mammothpocalypse caused by a few well intentioned individuals took over the world and had to be quickly fixed. They were introduced and present at around the time of Nations and subsequently made uncraftable. While the old mammoths can now be only spawned by VOGs, a redesigned Woolly Mammoth was introduced in the August 2019 update. These are used to plough furrows for farming grapes and making wine. 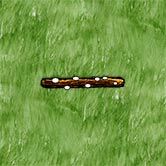